Home » Versus » Onshape Vs Fusion 360 | Which One Is Best Computer-Aided Design Program?
Versus

Since the beginning of computer-aided software applications, the CAD software industry has grown so rapidly. Therefore, it has given opportunities to millions of people to start their careers in various industries using CAD programs. Hence, various software development introduced various CAD programs along with various advanced toolsets and features. Fusion 360 and Onshape are two of the advanced and popular CAD programs but choosing one of them isn’t easy.

The fact that both Onshape vs Fusion 360 are great CAD programs but choosing one in between both isn’t any easier for anyone. Therefore, to make you more aware of both, we are going to compare both CAD applications.

Before we go through this comprehensive comparison, let’s have a birdseye view of both these CAD applications.

Which One In Better In OnShape Vs Fusion 360?

In this comparison, we will try to differentiate the differences and similarities of Fusion 360 vs Onshape. The comparison will be in terms of system requirements, Interface, Features, customer support, and price.

What System Requirements Do You Need To Run These Apps?

In this comparison of Fusion 360 vs Onshape, being aware of the necessary specification is must to see if they can run efficiently.

Which One Has A User-friendly Interface?

The layout of user interfaces of Autodesk Fusion 360 vs Onshape is pretty distinctive from each other. Although The main aim of both CAD programs is to provide the best environment to work on the project. Below we have discussed both program’s interfaces to see how good they both are.

This CAD software comes with a user-friendly interface that offers you two places to work: The Part Studio and the Assembly.

Whenever you open a project, it placed you in the Part Studio along with a toolbar at the top of the screen. It allows you to switch tabs to the “Assembly” tab to build, connect and assemble the collection from the Part Studio. 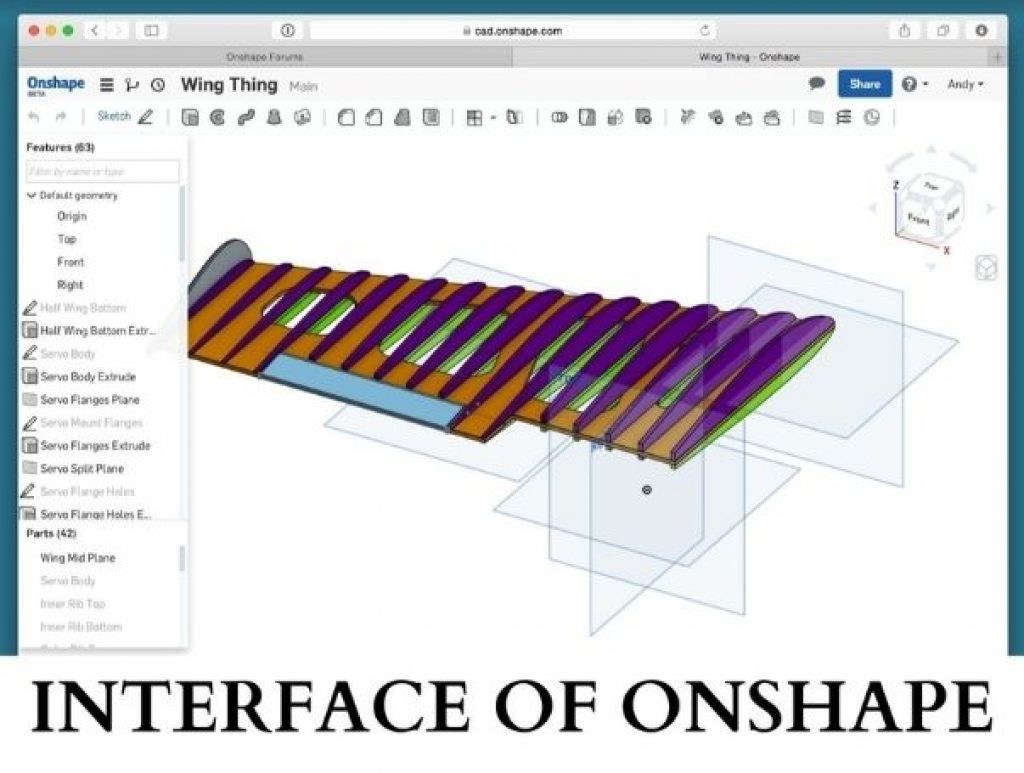 Autodesk offers a classic yet so effective interface with Fusion 360. The default workspace of fusion 360 is for designing only that has all modeling tools at the top toolbar. The toolbar includes Solid, Surface, Sheet Metal, and Tools. These categories come with various subcategories and tool groups such as Assemble, Construct, Inspect, etc. 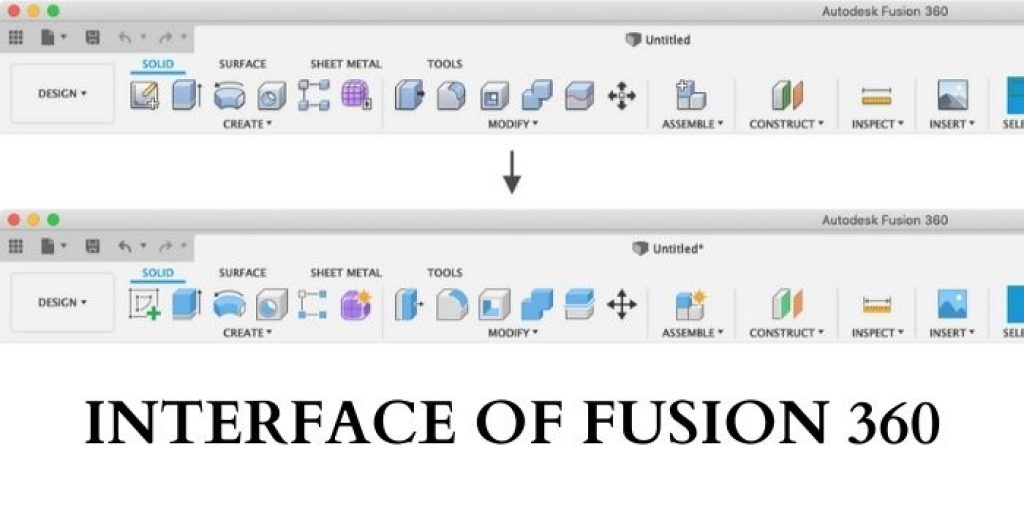 Which One Offers Better Functions & Features?

Now we will cover the features of both these CAD programs in this Onshape vs fusion 360 comparison. Both come with a massive range of intuitive functions and features to enhance the workflow of users.

OnShape keeps updating itself in order to fulfill its user’s requirements. Here we have mentioned some of the functions and features of OnShape.

You get all the basic 3D modeling tools including extrude, revolve, sweep and loft. With these 2D modeling tools of Onshape, you can make 3D tools and parts from sketches.

Being a cloud-based program gives us the advantage to add custom features and parts made by other users. Additionally, you also get an App store with which you can download plug-ins and applications for Onshape.

The Assembly studio is used to join parts and create assemblies with integrated motion. To do that Onshape offers various assembly tools such as fasten mate, revolute mate, planer, and many more.

The steep learning curve of CAD programs prevents many users from learning CAD effectively. To prevent this problem, Onshape offers a learning center to educate its users effectively.

Since the launch of Autodesk 360, it has become one of the highlighted cloud-based CAD programs. Below are some of the major highlighted features of Fusion 360.

There are numerous create tools you get with Fusion 360, Some basic create tools such as extrude, revolve, loft, and sweep, It also provides various instant-modeling tools for various shapes, cylinders, pipes, or spheres.

The modify toolbar let provides you various tools to quickly edit your 3D models. Some of the major modify tools are scaling parts, shelling them, making fillets, etc.

Fusion 360 offers many inspection tools to analyze and measures the parts. The inspect toolbar includes tools like measurements, curvature comb, and Zebra analysis, and many more.

When you create a sketch using create tool and new toolset pops up in the toolbar specifically for sketching. The sketch toolbar includes tools like lines, shapes, polygons, splines, etc.

In the Simulation workplace, you will be provided with a bundle of simulation tools that includes tests for static stress, thermal tests, thermal stress, electronics cooling, event simulation, and more.

With the Animation tools of Fusion 360, you can transform the models into their individual components and animate them by applying various animation features. Once you are done animating a model, you can publish or the final animated video.

With the manufacturing tools of Fusion 360, you get a Fusion’s CAM that visualizes how a part will be 3D printed, processed, CNC machined, or drilled by other manufacturing processes. These settings are customizable and additionally, you get the various templates from Fusion 360.

There is a drawing workspace available in the Fusion 360 program. You can either draw a new design or draw a previous or animations. Whatever you choose, it will take you to the respective workspace and then you can create a new drawing with different drawing tools, settings, and features.

As compared above the features of Fusion 360 vs Onshape, we see the range of features & toolsets Fusion 360 offers is quite wider than its competitor. Although, besides a few missing features and tools, You won’t find much difference using Onshape.

Who Has Better Customer Support?

As discussed earlier, Onshape has an integrated learning center for beginners in their web-based program. To get expert help to resolve your product-related issues and queries, you can file ticket support, Besides, Onshape also offers live chat and email support to their users.

Which One Is Available At An Affordable Price?

Pricing becomes the main factor before purchasing the product after knowing other aspects. Let’s move further for the pricing comparison of Autodesk Fusion 360 vs Onshape.

All the subscription plans of Onshape are below mentioned in the table.

All the subscription plans of Autodesk Fusion 360 promo code are below mentioned in the table.

In this comparison of Onshape vs Fusion 360, we compared all the major aspects that one must compare before making any decision. Fusion 360 and Onshape, both have their ups and downs. We hope after this comparison, you would be more confident and will be able to choose the one which suits you most and fulfill all your requirements.

WordPress vs Magento – Which is Best?

Namecheap Vs GoDaddy – Which One Should You Pick?