Home » Software » 10 Reason Why Bing is Better Than Google
Software

10 Reason Why Bing is Better Than Google

When do we talk about search engines, which name in your mind comes first? There’s a higher chance that you will choose “Google”, in the list of numerous search engines. You are one of the around 66% of users who are using Google to search your queries and promote your website and business online. But Google ain’t the only search engine that people use and the best example of this is Bing. Bing is the best substitute for Google in so many terms and that’s the reason why many experts described why Bing is better than Google.

It’s not always better to compare these two best search engines and their advertisement platforms but users want to know which search engine gives more benefits to them. From saving the cost of online advertisement to driving higher traffic, all things matter for a user.

Where Google is listed on the top position in many terms, on the other hand, Bing is also listed on top search engine global. The ⅓ population of the United States uses Bing as a primary search engine and in Hong Kong, the numbers are 19%. These data show how Google is dominating other search engines but because of many features, people still love Bing.

Some Common Reasons Why Bing is not Popular

Bing also provides a lot of useful features to the users but the lack of knowledge is the reason why people ain’t using it. There are also more reasons why Bing is still behind Google Search Engine and here are some of them:

On the other hand, the Bing search engine comes on a limited number of devices and that why it’s not as popular as Google.

Bing is not in the marketing industry as Google, which is a huge reason why the company is lagging at growth.

You may already know that Bing is not very active in making electronic devices. The company has to understand that it is one of the best ways to interact with customers.

It’s a harsh truth but sadly Bing does not care about users as much as Google does. Bing should focus on more user’s needs and update their algorithms.

Google is widely popular in many top countries and also small countries too. That’s the reason why Google is more popular than Bing.

5 Reasons That Prove Bing is Better Than Google

Bing is lagging in some terms compared to Google but that does not mean it’s not useful at all. This search engine has also many special features and provides so many benefits too that made it even better than Google. Also, it consists of some more uncommon features too that makes it more beneficial for the users. Let’s find out how Bing is superior to Google search engine:

In the way of improving business, PPC is one of the most effective strategies for business owners. To target the desired customer, a businessman targets the keywords in PPC. While bidding, the users have to have a certain amount as per popularity and competition. The highest bidder of keywords shows its website ad on the top position which is very beneficial for their website.

Top position website gets the highest traffic, which improves the sale and revenue of the company. That’s the reason a businessman has to spend a lot of money on online advertisements to get traffic, sale, and revenue.

We already know that Bing has fewer users compared to Google and this a positive sign for many users. Fewer users mean less competition and a chance to target the desired customer. A businessman can easily target all the niche related users in any geographical position with a less cost of advertising.

Where Google has a higher competition of targeted keywords and niche related customers, it’s difficult to get more customers. You have to compete with thousands or millions of other competitors to get organic reach to your website.

Bing has a lower targeted users which causes more traffic to the website. You have to compete with fewer competitors, unlike Google which is a huge benefit for the users. You can easily make a strategy to target those users and bring them to your website or business with less effort. This is also one of the reasons why Bing is better than Google.

To compete with a big number of users, you must have good costing for your online advertisement. Cost matters a lot when it comes to advertising for any other website’s growth. But not everyone can afford a higher-paid online advertisement for their business growth which you should keep in mind.

Just because of higher competition, you need a high amount to advertise on the Google search engine. To bid on a keyword you obviously need a good amount otherwise someone else will steal the top position from you. Because of this, you can run an ad for a shorter period in less amount.

In comparison to the Google search engine, it’s very affordable to do online advertisements on the Bing search engine. You need to put a small effort and so do money to successfully get the top position of the ad section on the search engine. Charging a small amount to run an ad makes it cost-effective and affordable. Also, you can run the same ad that you are running on google for a longer time at the same rate as Google.

While running PPC Ads on search engines, you have to optimize your ads with the keywords. But there are two types of keyword used in PPC, which is Desired Keyword & Negative Keyword. The desired keywords are those, which you are targeting and Negative keywords are totally opposite of this. Negative Keywords increase the cost of your ads and do not provide exactly niche traffic that is a drawback.

In Google Ads, when you run an ad, the negative keywords automatically get targeted as per user search. The searches can be broad and if you are paying per impression then your ad cost will be definitely increased. There’s an option where you can add a negative keyword, but it is not easy for beginners to handle it.

On the other hand, Bing Ads or Microsoft Advertising does not support broad negative keywords. It’s a default function unlike Google Ads which means even beginners can run their ads easily here. Result of this, you can run your business or website ads for a longer period.

You may already know how the search engine works and if you don’t then here’s a super quick guide.

“When a user searches a query on a search engine, the search engine looks at its database and as per search term, it provides the exact result. But it only provides results from that website, which allowed their bot or crawler to read them. To do this a website owner has to fetch their link on the search engine console.”

As per this term, if a website does not allow or block a specific search engine or multiple then the website is definitely not available on that search engine.

Most website owners target only Google search engine because it has a large number of daily searches. At Google, more than 10 billion query searches perform daily which is a huge number and more than all of the search engines in the world.

Just like Google, Site admins also target the Bing search engine for a special purpose. We earlier discussed that a search engine only showed those websites as a result which allowed their crawler to read them. So if a website blocked Google bot and allowed Bing Bot then you can find that website only at Bing. To get unique customers or users shows why Bing is better than Google.

But what if when you are running a small scale business but the cost of your business ads is higher. You probably will not run it for a longer period because it will not give you that much ROI (Return of Investment) that you are aiming for. After a time you will stop running ads on the online advertising platform.

Google Ads charges are higher compared to any other search engine advertisement cost, which is perfectly suitable for a small scale business. If everything does not go well then the company could face a huge loss.

At this matter, Bing is very beneficial for those websites or business owners who are running a low scale business. A small business owner can easily run its business ads for a longer time (almost thrice or more) in the same amount which is pocket friendly. This makes Bing better than Google Ads and other search engines too.

In many terms, Bing is better than Google Adwords and search engine. It is cost-effective, easy to use and brings unique customers which is a huge plus point. There are also some more benefits that bing provides to the users that you can find.

10 Reasons Why Use Bing Ads or Microsoft Advertising

Kaspersky 2020 Review: Which Kaspersky product is best for you? 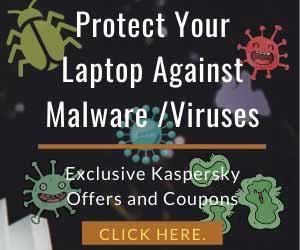 Where Can I Find My Hostinger E-mail Account Details?